Thank you! Your submission has been received!
Oops! Something went wrong while submitting the form.
Stock Markets
Stories For You
Technology
Earnings Reports
Commodities
Featured
Crypto 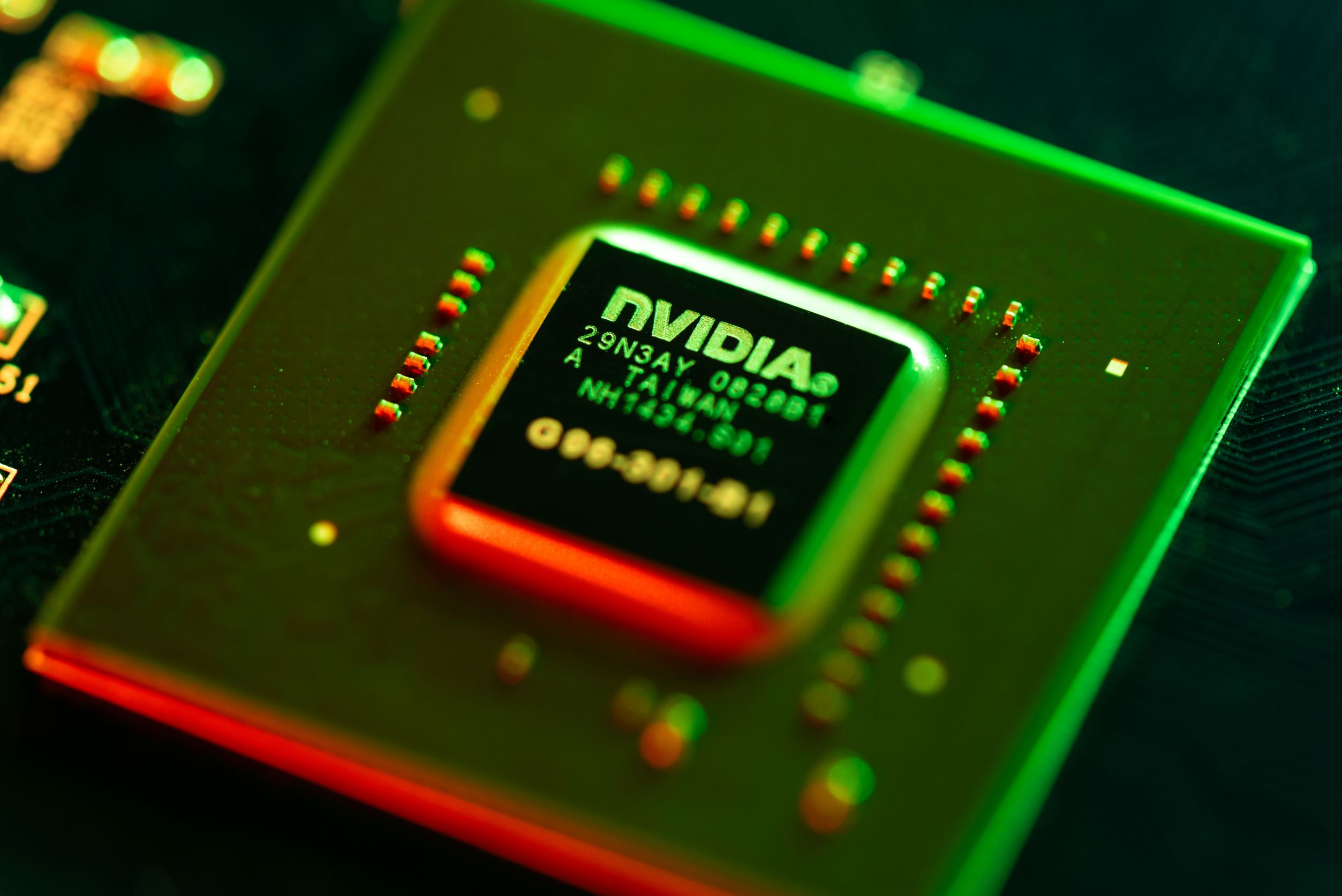 Chip designer and computing firm Nvidia (NASDAQ:NVDA) assured investors on Wednesday that demand for its artificial intelligence and data-center chips remains strong, even as the company continues to struggle with a slowdown in the personal-computers market.

For its third quarter, Nvidia reported earnings that beat analysts' expectations, with data center revenue increasing 31% from a year ago to $3.83 billion. Nvidia attributed the growth to sales to US cloud service providers and consumer internet companies.

While still down 17% to $5.93 billion in the fiscal third quarter, revenue came in better than the consensus estimate of $5.8 billion.

Meanwhile, Nvidia's gaming business, a segment that once drove its revenue, was down 51% to $1.57 billion from a year ago, hit by weak consumer spending.

Although some of its smaller segments, the company's automotive division posted an 86% jump in sales, bringing in $251 million in the quarter, while Professional visualization shrunk 65% on an annual basis to $200 million.

In August, Nvidia warned that the company is being affected by new US export control that impacts its most advanced chips geared toward artificial intelligence.

Despite the challenges, Chief Financial Officer Colette Kress said while the export restrictions impacted third-quarter revenue, the decline was "largely offset by sales of alternative products into China."

Net profit was $680 million, and looking ahead, Nividia forecasts current-quarter revenue at $6 billion, compared to Wall Street projections of around $6.1 billion.

"We are quickly adapting to the macro environment, correcting inventory levels, and paving the way for new products,"

The company's shares which had closed down 4.54% Wednesday before the results, rose about 3% in after-hours trading.

Fractional shares:  How do they work and where can I buy them?

3 Investment opportunities other than the tech sector

All investments involve risks, including the possible loss of capital. www.mexem.com is a website owned and operated by MEXEM Ltd. MEXEM Ltd is a European broker regulated by CySEC, license No. 325/17.Read our Forms & Disclosures.Any advertisement or communication concerning the distribution of derivatives falling within the scope of the Regulation of the FSMA of 26 May 2016 governing the distribution of certain derivative financial instruments to retail clients is not addressed to the Belgian public.

By clicking “Accept All Cookies”, you agree to the storing of cookies on your device to enhance site navigation, analyze site usage, and assist in our marketing efforts. View our Privacy Policy for more information.
PreferencesDenyAccept